The Morrill Act and Land-Grant Universities

A Land-Grant college or university is an institution that has been designated by its state legislature or by Congress to receive the benefits of the Morrill Acts of 1862 and 1890. The original mission of these institutions, as set forth in the Morrill Act of 1862, was to teach agriculture, military tactics, and the mechanical arts (now engineering) as well as classical studies, so that members of the working classes could obtain a liberal, practical education.

The Morrill Act of 1862 (Land-Grant Act), introduced by Vermont Representative Justin Smith Morrill and signed into law by President Lincoln in 1862, gave each state a grant of federal land within its borders for the establishment of a public institution to fulfill the Act’s provisions. At times, money was appropriated through legislation, as with the Morrill Act of 1890.

Passage of these acts reflected a growing demand for agricultural and technical education in the United States. While a number of institutions had begun to expand upon the traditional classical curriculum, higher education was still widely unavailable to many agricultural and industrial workers.  The Morrill Acts provided a broad segment of the population with a practical education that had direct relevance to their daily lives.

To aid in bringing the latest and most relevant agricultural research to the public and into the classroom, Congress passed the Hatch Act of 1887 that provided direct payments of federal funds to each state for the establishment of an agricultural experiment station to be run in conjunction with the Land-Grant institution. The amount of appropriation varies from year to year and is determined by a formula based upon the state’s farm population, rural population, collaborative multistate efforts and a percentage base amount for each state. The federal funds must be matched by the state.

These three acts taken together created the Land-Grant system of education in the U.S., which has been copied and emulated around the world. All of the U.S. Land-Grant institutions share the same tripartite mission of teaching, research and extension. 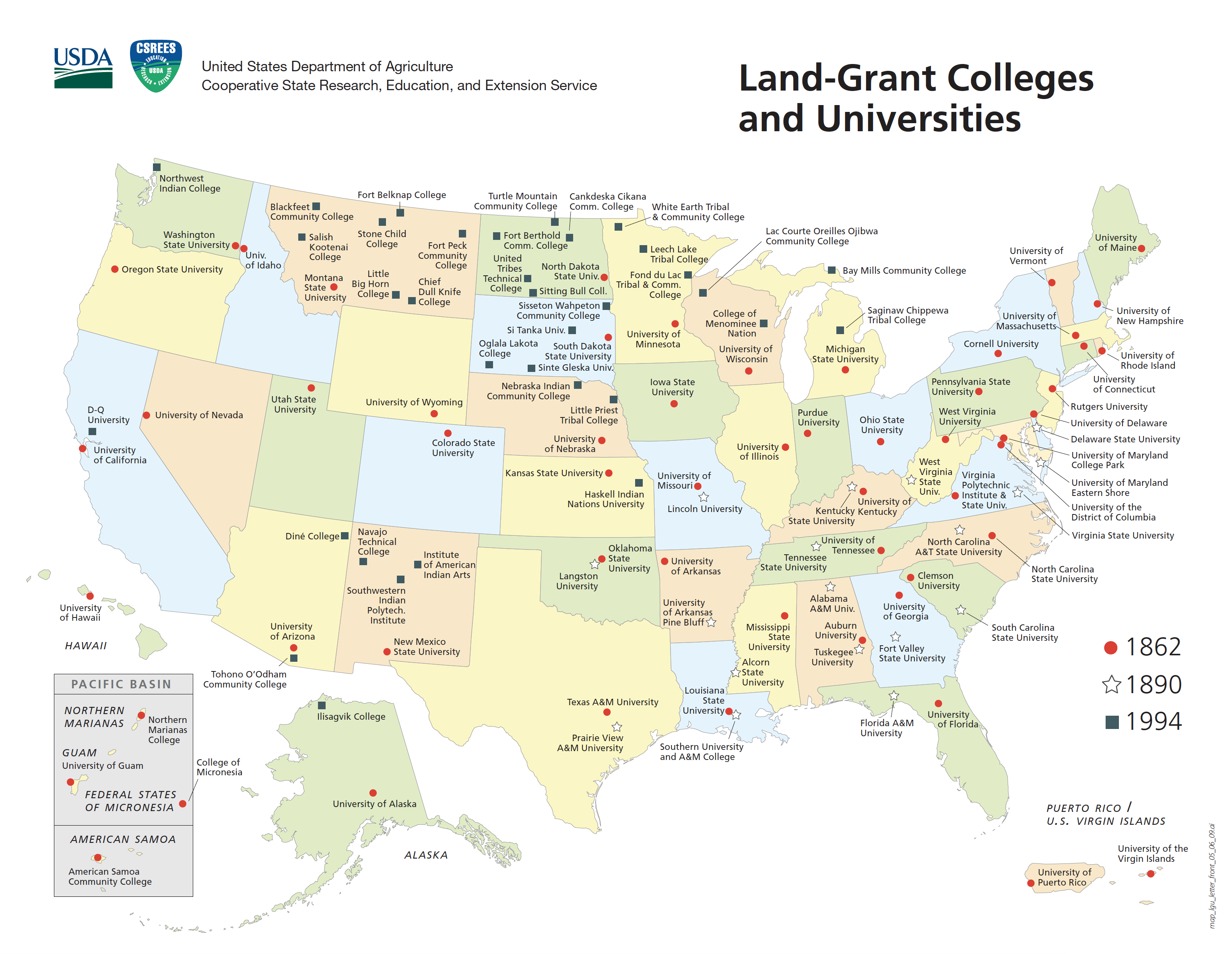 Following statehood in 1889, Montana became eligible for the provisions of the Morrill and Hatch Acts and formed the Agricultural College of the State of Montana and the Montana Agricultural Experiment Station in 1893. The Montana Cooperative Extension Service was formed in 1914 following the passage of the Smith-Lever Act.